Bodybuilders worldwide use dumbbells in their exercise routines to bulk up the biceps. The key question that we need to answer is, “how do you work your biceps with dumbbells?” Interestingly, scientific research reveals that there are TWO TOP dumbbell exercises which sculpt the biceps.

Which dumbbell exercise is good for sculpting the biceps?

New research has come to hand regarding the best dumbbell   exerciseto sculpt the biceps. Researchers studied two variations of the standard  Dumbbell Biceps Curl (DBC) – the Incline Dumbbell Curl (IDC) and Dumbbell Preacher Curl (DPC). These curls are generally applied to optimize biceps brachii contribution to elbow flexion by fixing the shoulder at a specific angle.

In the Incline Dumbbell Curl protocol the biceps brachii long head is initially lengthened, whereas in Dumbbell Preacher Curl the shoulder is flexed. The biceps long head is initially shortened during these two exercises. The researchers expected to seE greater neuromuscular activity for the beginning of the Incline Dumbbell Curl and Dumbbell Preacher Curl exercises than for the Dumbbell Biceps Curl, mainly due to different changes in posture.

What did the researchers want to discover?

The aim of the study was to identify changes in the neuromuscular activity of the biceps brachii long head with two variations of the Dumbbell Biceps Curl (DBC) – the Incline Dumbbell Curl (IDC) and Dumbbell Preacher Curl (DPC). Researchers paid particular attention to the changes in load moment arm and muscle length elicited by each dumbbell  curl.

The researchers also wanted to find out if neuromuscular activity of the biceps brachii long head would change with different phases of contraction of the muscle.

Who participated in the study?

Study participants included 22 righthanded males who had been doing resistance training for at least a year. Data was collected via electrodes attached to their biceps. These electrides measured the degree of work that the biceps used during each exercise.

How was the data collected?

The participants were positioned as follows:

Participants moved the elbow joint through different angles through a full range of motion which ended with the dumbbells against the biceps:

Flexion – start point – 0 degrees; 33 degrees, 86 degrees; 100 degrees/right up to the biceps and back throguh the same angles during extension.

Note that the researchers did not state the exact volume of weights lifted, although the report indicated that they were a submaximal load of 40%, perhaps lighter than usual.

Which of these three dumbbell curls is the best bicep workout?

In contrast, other studies showed that the moment arm of the biceps appears to peak around 90 degrees of elbow flexion   (Ettema et al., 1998; Jarrett et al. 2012 and Murray et al, 1995). Murray et al, (1995) also found that the minimum biceps length of 20mm occured at 20 degrees of elbow flexion. In other words, this is the shortest contraction or bulking of the muscle.

Moment arm is the distance from the muscle’s line of action to the joint’s center of rotation which in this case is the elbow joint. The image shows that the moment arm in “A” 20 degrees. If this were a dumbbell curl, it would mean that:

– the elbow joint is almost fully extended.
– the elbow is flexed to about 20 degrees.
– the width between the joint and the elbow is shorter, in other words, the muscle is very contracted.
– although the muscle appears to be longer in length.

– the muscle is flexed to 50 degrees.
– there is greater distance between the joint and the muscle.
– however, the muscle is shortening or contracting. The degree of contraction would be therefore greatest at 90 degrees of elbow flexion.

Testing on myself, unscientifically, I found that the biceps long head contraction was most noticeable when I raised my hands from full extension at my sides and flexed to 20 and 90 degrees. The muscle appeared to lose tension when I raised my fists right up to the shoulder.

How can bodybuilders use these study findings in their exercise protocols?

1. Use both the Incline Dumbbell Curl and the classical DumbbellBiceps Curl to achieve the greatest degree of biceps brachii activation.
.2.  Follow the diagram to repeat the exact positions used in the study on biceps activation based on shoulder position.
3. Take the elbow joint from 0 degrees; 33 degrees, 86 degrees; 100 degrees/right up to the biceps and back throguh the same angles.
4. Raise the dumbbells to a 33 degree angle when performing the Dumbbell Preacher Curl in order to achieve the highest degree of activation.
5. Also try out different reps with the dumbbells at 20 and 90 degrees of elbow flexion to benefit from the high degree of contraction that is produced.

What is Range of motion?

FLEXION is being demonstrated since the elbows were moved upward to contract or shorten the biceps muscle.

Extension occurs when the dumbbells are returned back to a stretched out position, thus relaxing or lengthening the biceps. 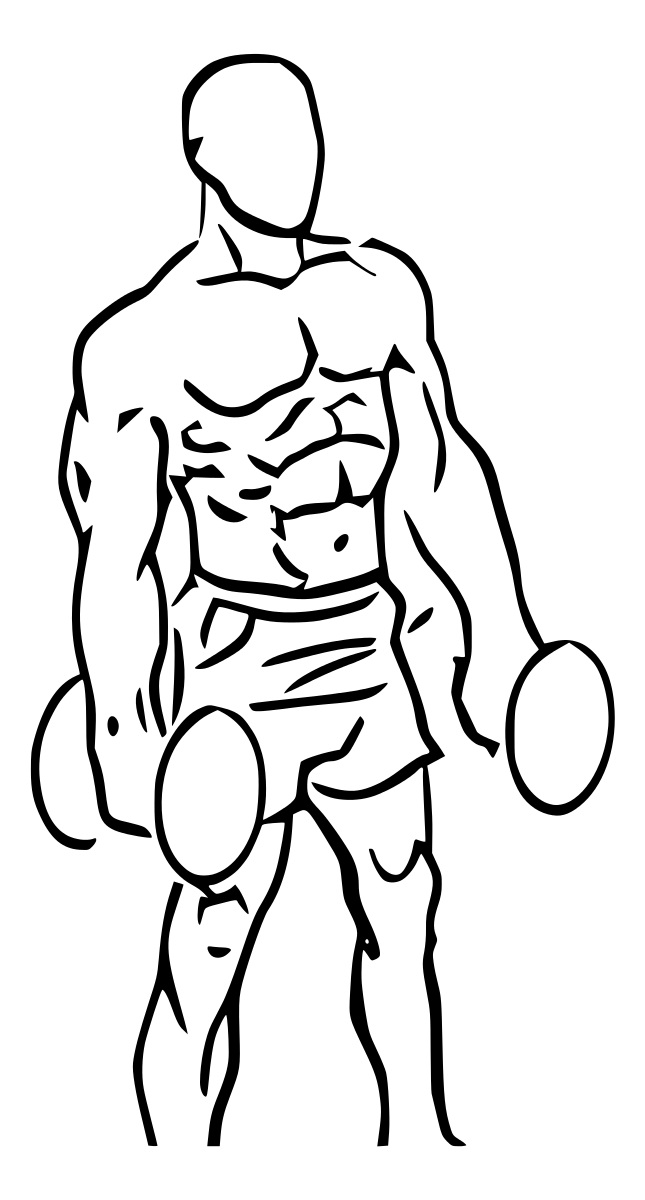 Where can you learn to perform these dumbbell exercises?

Dumbbell Exercises and Lifting Routines can be done at home without a gym. I’d like to recommend a home exercise program that would Help You Gain More Muscle, Lose Weight, or Just Get Yourself in Better Physical Shape… WITHOUT the Hassles, and Expenses of Health Clubs. All You Need to do these exercises Is A Set of Dumbbells and An inexpensive flat bench.

You absolutely DO NOT Need:

– a partner to spot you!
– to take up much space
–
What you get with this dumbells exercise package for tbe biceps

What you will receive with this package is over 75 ubique, illustrated dumbbell exercises to sculpt your biceps and a full range of muscles. This package comes with videos and can be immediately avaiable for download to get you started right away. The best part is that it is super inexpensive although it is valued at about US $47.00 or more.

Dumbbell exercises for the biceps

Why Range of Motion Matters for Your Strength Training Goals