New research findings emerging in 2019 reveals that L-norvaline is potentially harmful to the human brain. The study was conducted by scientists at the University of Technology Sydney and published in Toxicology in Vitro.

L-norvaline is a popular protein component that is widely used ingredient of many bodybuilding supplements. Manufacturers claim that it can boost workouts and aid recovery. However, compounds that are similar in composition to l-norvaline have been linked to diseases which cause degeneration of nerve cells.

Therefore, bodybuilders should read product labels before purchasing in order to determine if l-norvaline is present.

Two ways in which L-norvaline harms the human cell

Overall the study showed that L-norvaline causes deleterious effects on the cellular health and function in the following ways:

Mitochondria are structures found inside of human cells. They are the energy factories or power plants of the human organism. Mitochondria also produce proteins and small amounts of carbon dioxide. The source of the energy inside the cell is a molecule called Adenosine Triphosphate or ATP. This is actually manufactured inside the mitochondria.

L-norvaline breaks up the mitochondria and thus prevents it from producing the energy needed in the human body.

First, I would like to explain that the human body normally uses substances called amino acids to manufacture protein. Proteins are essential for life and are made up of long chains of amino acids. Amino acids are made up of carbon, hydrogen, oxygen and nitrogen. Some amino acids made in the body while the rest are derived from food.

There are 9 essential amino acids which come only from food and cannot be made by the body. They are histidine, isoleucine, leucine, lysine, methionine, phenylalanine, threonine, tryptophan, and valine.

Nonessential amino acids are produced in the body. They include alanine, asparagine, aspartic acid, and glutamic acid.

Providing structure – Many proteins such as collagen provide structure for the human body. Collagen is strong and cartilage and tendons.

Body defense – Proteins such as antibodies help protect us from diseases. Antibodies fight off foreign invaders such as bacteria and other toxic substances.

Act as catalysts – Some proteins, such as enzymes, act as catalysts to assist in chemical reactions. They help us to break up and digest our food so it can be used by our cells.

The reason why L-norvaline is so toxic to human cells

L-norvaline is one of hundreds of other naturally occurring amino acids which are known as non-proteinogenic amino acids (NPAAs). However, these NPAAs are not useful substances. Instead, some NPAAs mimic the actions of essential protein amino acids.

Animal and plant sources of protein

Animal sources of protein include

fish.
various types of eggs.
dairy products, such as cheese, milk, and whey.
poultry from sources such as chickens, turkeys, and quails. 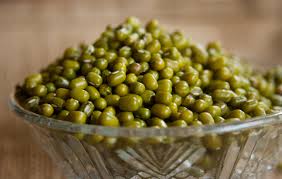 University of Technology Sydney. (2019, February 7). Body building supplement could be bad for the brain: People taking the protein supplement L-norvaline should be aware of its potential for harm, scientists say. ScienceDaily. Retrieved April 29, 2019 from www.sciencedaily.com/releases/2019/02/190207102627.htm